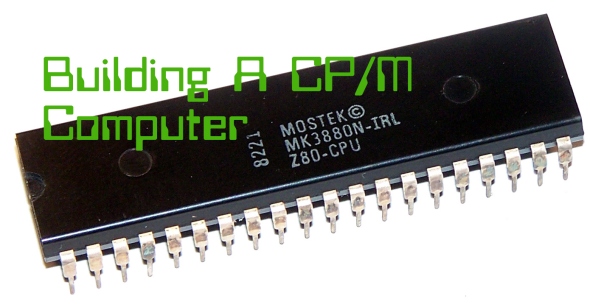 Today building a computer is pretty straight forward. You can go online or to your local computer store to buy the parts you need. Then its just a matter of assembling it all together and installing an operating system. Never once will you need to break out a soldering iron.

Back in the late 70’s and early 80’s, when personal computers were just taking off. Many companies such as MITS, Apple and UK company Sinclair, offered their computers in kit form or pre assembled. The latter option was often very expensive to the average person. To save money, many chose to build the computers themselves. This is an aspect to computers which I feel is missing today. I admit, the complexity of the modern personal computer precludes this from happening. However, as computers such as the Raspberry Pi have demonstrated. There are still plenty of people, young and old a like who enjoy electronics and tinkering with gadgets.

The Rpi comes pre-built and is far more complex then your average 8 bit micro computer. Trying to cobble one together yourself would be quite a challenge, if you have degree in computer science you might have chance. For the rest of us, there surely must be an easier alternative? A computer simple in construction but capable of running productive programs and even perhaps games?

Last year I took it upon myself to search the net, looking for such a computer kit. What few I found ranged from overly complex to down right simplistic. There didn’t seem to be any middle ground. I was looking for something similar to a ZX Spectrum or MIT’s Altair, something that was like the kits you could buy in the 80’s. Sadly I couldn’t find anything and eventually shelved the idea.

It was some months later while talking to a friend of mine via IRC chat, that he revealed he was building a Z80 CP/M computer. CP/M uses ASCII characters to display information on screen. Before DOS came about, it was the leading operating system of the 70’s and 80’s. While not as graphical as say a ZX Spectrum or BBC Micro. CP/M was an industry standard for running business software.

CP/M OS of choice for many in the eighties.

My friend Alexis had designed a simple Z80 computer, which at it’s heart uses a ATMEGA324PA and Z80 Processor. The PCB comes fitted with serial, IDE, PS2 and composite ports.
Once the computer is build, it can be hooked up to a regular television. You can also connect an IDE device such as a hard drive or better still a compact flash card to store all your data. CP/M software is small, even a 512mb CF card would be more then enough to store every CP/M program you’ll ever need.

The ATmega chip is extremely impressive, it not only handles the on-board serial port and keyboard, but also acts as a stand alone terminal. The on-board Z80 sees the Atmega just as it would any other terminal interface. In turn the ATmega displays the information via composite video.
Ironically this sort of terminal connection is how many mainframes such as VAX and DECCA, worked back in the 70’s. Anyone who has seen Tron, will be familiar with how the characters in the film had to login to the system to access programs. Essentially this is how the ATmega and the Z80 work on the board Alexis has designed.

Once I have all the components, I plan to write up the build of this awesome little board. If anyone has any questions, please leave me a comment.