A Hand Held Console That is Modern ‘ish’ & Battery Revival 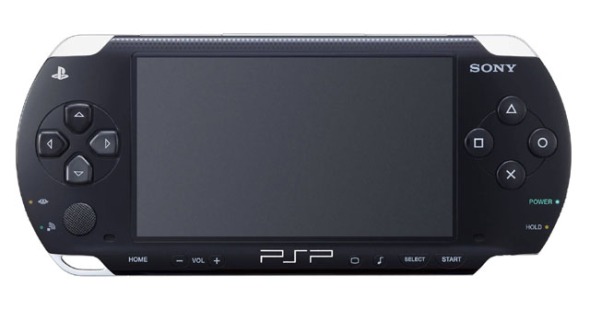 A few months ago, I came in to possession of a Sony PSP otherwise known as a PlayStation Portable. Released in 2005, this handheld console boast graphics comparable to the Playstation 2. Perhaps the best way to think of the PSP is actually to imagine it like a PlayStation 1.5, sitting somewhere between the original PSx and PS2. Graphically the PSP seems significantly ahead of the Nintendo DS, which is no surprise as Sony designed the handheld to more powerful then the competition. Comparing the two handhelds is almost like comparing a PSone with an N64. However, as many N64 owners will point out, raw processing power doesn’t automatically lead to great games. The NDS has many hidden gems and with such an impressive list of titles it should not be overlooked. One particular favorite of mine is “Dragon Quest IX: Sentinels of the Starry Skies”, in my opinion this games shows the NDS at it’s best. The graphics and sounds are fantastic and the story is engaging, what more can you ask for?

Because I’m fan of RPG’s, I was eager to see what the PSP had to offer and as I’d never owned one before, this would be fresh new territory. The PSP boast an impressive library with a good number of quality role playing titles. The first game recommended to me was “Persona 3 Portable”. This game is unlike anything I have played before, more like an anime movie then a computer game. I couldn’t get over the feeling that I was playing some sort of visual manga novel. It is by for one of my favorite PSP games to date. I understand the Persona series began on the PS2, perhaps one day I’ll have to look in to this.

Support for the PSP ended in 2014, its replacement the ‘Vita’ apparently is not doing as well as Sony might have hoped. At least that is what I read from various quarters online. Now 10 years old, the PSP is a good retro console for anyone to start out on. Not to mention it has PSx compatibility. So you’re getting two machines in one, hows that for a deal! You can still buy accessories and will be able to do so for some years to come, games are plentiful and reasonably priced. All though some games are already seeing premium price tags.

I’m dedicating a section of this article to batteries, as I recently had a nasty experience with a replacement I bought for my PSP. If you’ve recently bought a second hand PSP or just in the market to replace your tired stock battery. Buyers beware, finding a good replacement battery for your PSP online can be a little hazardous. Especially if the extended 2400mah or 3600mah batteries caught your eye. Many of these are either fake or cheaply made. But as Sony no longer sell baatteries for the PSP, third party batteries are pretty much our only option. The first thing you should do, is check reviews, buyer feedback. Be it Amazon, eBay or where ever your thinking of buying from, it pays to check if other people have bought the same item and what their experience was. If in doubt, join a forum like Gamesfaq and post a question or asking your friends. The first battery I bought didn’t fit my PSP 2003, even though the item description said it did. The second battery I bought, fit but didn’t charge or power my PSP. At least not until I discovered I could get it working by pressing the battery down with my thumb. After several days use, the PSP still died while I was using it. This is apparently a known problem with using clone batteries.

If you’ve already bought a clone battery and it has died, this might help. If not, there is a good chance you will face this problem while using a third party battery in your PSP. If your battery has stopped charging, being recognized or simply fails to power the console, then the following method might help.

(Warning, the following should only be carried out by a competent adult. I take no responsibility for the results. By continuing to read you accept the dangers, so if your PSP sets on fire or your underpants explode, it’s on your own head.)

This method fixed my 3600mAh battery after it died without warning.

Get two thin pieces of wire, bare the ends so that the metal wire is exposed. Then insert one wire down the + connector of the battery and the other wire down the – connector. Briefly touch the two wires together, you might see a spark if your battery holds a charge. Do not leave the two wires joined for longer then a couple of seconds, as you are shorting your battery. By doing this, you should have reset the circuit inside the battery which holds data on charge capacity. Remove the wires and try the battery in your PSP, hopefully it will start charging.

Instead of shorting the two wires, you will need to find yourself a low voltage light bulb, such as one from a battery powered torch, internal car light, I’ve even read that Christmas tree lights work. Another alternative is to use an internal computer fan, if you have one lying around. Remember your PSP battery is rated at 3.6volt, so don’t try using a 12v fan as your risk burning out the battery. The key here is to hook it up to your PSP battery and run the battery down until it is fully discharged. Then place it back inside the PSP and hook up your charger, hopefully your battery will be recognized and you will be back in business.