Revisiting Halo on the Xbox 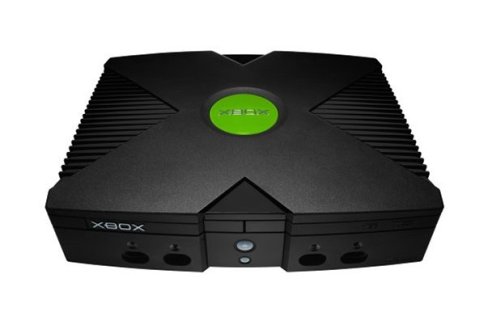 Over the past week I found myself playing more on my original Xbox then on my PS3 and 360 combined. Why you might be asking? Well the simple answer is Halo and my partners younger brother coming to visit. More the gamer then I ever will be, I thought he would scoff at my suggestion of playing on an original xbox. As it turned out, he had never played Halo and was curious what all the fuss was about. Thus we began our epic multi-player co-op campaign.

If your reading this and wonder what the heck is Halo, I can only recommend you seek out a copy and play it on a 360. If you dont own a 360, the original Xbox sells for nothing these days and is a worth addition to gamers collections. The console might be 10 years old, but the games are still good and worth playing.

On loading up Halo with its classic opening suite, it’s easy to see why it blew gamers away and why Microsoft used it to launch their first console. Hard to believe that originally the designers of Halo had intended the game to be a top down shooter for the PC and Mac! This is one occasion we really do need to thank Microsoft. Where it not for them, we probably would not have the killer FPS we all love today.

Playing Halo, I couldn’t help but be impressed with how well the game holds up 12 years on from it’s launch. The graphics still look sharp and environments feel immersive and organic. Two player on Halo sets a standard which I can only hope other game designers have adopted since. The co-operative mode of Halo allows two players to not only play side by side and if your friend is not around. You can continue where you left off and play the game in single player mode. Using the same save point for the single player and two player modes of play simply blew me over. I spent the past week playing Halo with my partners brother and managed to finish the game over two days. Roughly a days worth of playing if you combined it all together.

After completing the game, it took about 30 minutes before Halo 2 ended up in the Xbox. All I can say about that is holy cow! I thought the original Halo was pushing the console to it’s limits, clearly I was mistaken. Some how Bungie squeezed out even more from the Xbox and made a sequel that is not only as good as the original, but improves upon the graphics and game play. 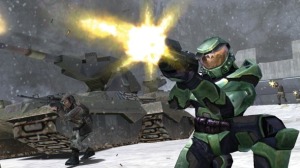 Master Chief, hitting the Covenant where it hurts

The PS3 and Xbox 360 are already facing the inevitable passage of time and the rapidly approaching dawn of their replacements, be it the PS4 or Xbox 720. Here are ByteMyVdu there will always be a special place for the under dog, the forgotten piece of hardware most people throw away and forget about. The Xbox may not be as memorable as say the Super Nintendo or Megadrive is to many people, but it remains a console worthy in any gamers collection. While the original xbox might be a bulky looking thing, with about as much aesthetic appeal as a toaster, it has still managed to out lived it’s rivals. The Playstation 2 has not aged well and the Nintendo Gamecube survives thanks mainly due to a faithful following of Nintendo fans, who have to own anything and everything branded Nintendo. The original Xbox doesn’t survive on looks, but thanks to the hardware inside and the quality of games which where produced for it.