Crikey it doesn’t seem so long ago that I was buying a new shiny Pi3 for my AmigaPi and now there’s an all new model out, sporting improved video, CPU, more RAM and no more USB bus bottlenecks, Finally!

I can’t wait to review this bit of kit, but for now, just had to show off some pictures comparing the new board with a boxed Pi3b+

This is the 4gb model, which I think will be going either in the AmigaPi or the Apple Classic, which is a surprisingly good computer for typing on, even with a Pi2b. So imagine upgrading to a Pi with near desktop performance, mind officially blown.

Do you have a project for the Pi4? One that previous models didn’t permit you to do? The additional onboard RAM will undoubtedly make a huge difference to certain projects. I’m excited to see how much of an improvement will make to emulating a PSone or N64, especially with the new VideoCore VI GPU.

So let’s have a look at the packaging! 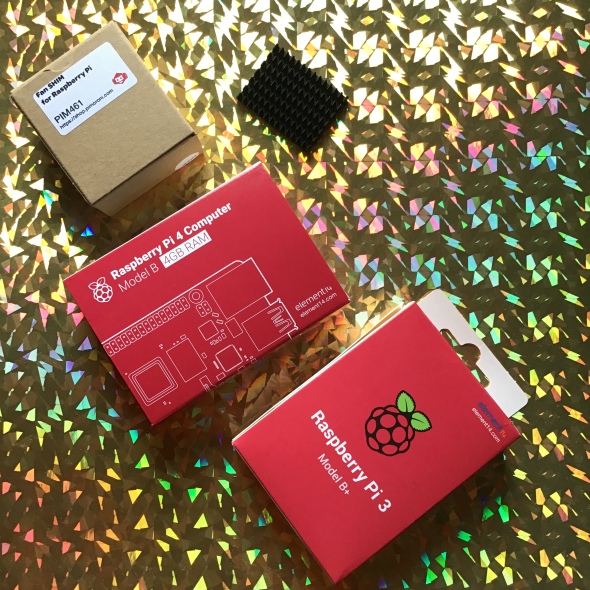 Not only has the Pi seen a make over, so has the packaging. Included in the shot is a fan SHIM from Pimoroni and a Pi4 heatsink, which it is now highly recommended you use with the new computer. Heat has always been an issue for the Pi, especially the original Pi3, however the Pi4 now sports a full 3A PSU resulting in a little more heat that we’ve seen in previous models. Passive cooling is fine for light workloads, but for most of us that use the Pi for intensive work a chunky heatsink is a must. The stock Pi heatsink is fine, but the bigger you go, the better the heat will be drawn off the CPU and the less CPU throttling you’ll see.

Now let’s open the boxes up and have a butchers inside shall we? 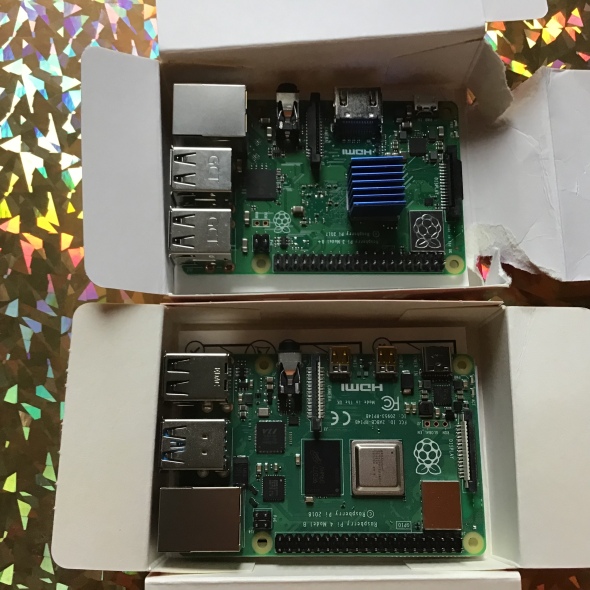 Side by side it’s immediately obvious the Pi4 has seen more than a little bit of tweaking, the PCB is clearly larger and the USB, Ethernet ports have swapped places. Indicative of the fundamental changes the foundation have made to the Pi and the SoC, improving bandwidth to approximately 5Gb/s, not to mention introducing full Gigabit Ethernet and USB 3.0. The latter of which will come in handy for anyone booting Raspbian from an external hard disk

I be making a more detailed write up soon, including some testing to see how it performs.

But for now, let me end it with a nice close up on some silicone! 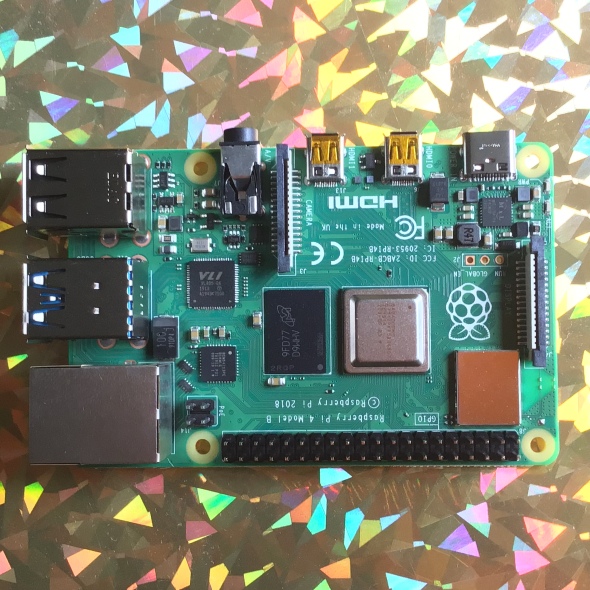 Till next time, keep on geeking!