The Beeb And The Story So Far…

Since its arrival the BBC has been buzzing with activity, not only with the chirpy sound of games downloaded via the amazing UPURS cable, but also for more productive tasks, like writing out articles for this blog. Thus far two articles for BMV have been written from the BBC, all thanks to the installed WordWise rom.

I would love to give you a breakdown of the whole program, but that simply is beyond the scope of my understanding of WordWise at the moment. I’ve not been using it long enough to be classed as an expert. I think I fall under the category of “crazy button pusher”. What I would like to do instead, is demonstrate how old computers can still be useful for modern tasks. If your looking to avoid the distractions of Facebook and flash games and become more productive, a BBC Micro might be for you.

When the model B arrived at my door, I didn’t have a clue how to work it, which was one of the primary things that appealed to me, working from a clean slate with no previous knowledge. Thanks to the generosity of a fellow Amibay member the BBC, Monitor and floppy drive where given to me for the cost of postage and a few beers. I can not thank the person in question enough, nor should Amibay be overlooked. This is an excellent forum, full of like minded computer users, geeks and collectors alike. The artificially high prices of vintage computers on Ebay, makes collecting a mind field for anyone on a budget.

Inside the box the Beeb and monitor had arrived in, I found a copy of WordWise Plus with rom and manuals, as well as some floppy disks. Also amongst all of this was a copy of “The Complete BBC Computer Handbook”. For the first few days of having the computer, this book was like a bible to me. It did not cover disk use in depth, but it did skim the subject enough, that I was able to access the disk drive and boot up the Watford Utility disk which came with the Watford 40/80 drive.

Not having any of the original manuals for the BBC, certainly handicapped starting out, however using this book certainly got me off the ground. After a while I turned to the internet and found a forum dedicated to Acorn computers, which really helped bring things together. I highly recommend anyone with an interest in Acorn and the legacy of this British built computer to visit “www.stardot.org.uk”.

This forum is filled with some of the most helpful people I’ve had the pleasure to meet online. After registering and introducing myself, I asked a few questions and was offered a wealth of information and tips, which really helped me master some of the more tricky parts of using my Beeb. Again most of the questions I put forward would likely have been covered in the DFS or BBC Micro manual, both of which I didn’t possess. It was through this forum I was able to get my own copies, store them on my Kindle and stuck my head in them.

After reading the manual to my model B, I was a little disappointed that disc usage wasn’t covered extensively. At the time the Model B was on sale, a lot of software came on casette tape. Which the manual covers pretty well but for some reason only skims floppies. Did Acorn not think it would catch on? What ever the reason, it was certainly a stumbling block.

After working out the floppy drive, the next step was getting the micro up and running with WordWise, which meant opening up the computer.

In the next weeks blog I will be covering installing a rom, using WordWise plus and why a cable and a rom chip saved my bacon.

So about a month ago I was toying about with the Beebem on the Nomad. A great emulator and well worth installing if your running Linux and happen to have a soft spot for retro gaming. However as is often the case with me, my thoughts drifted to the acquisition of a real BBC Micro, specifically a model B. Mainly because it was the model B, which I remember using at school and for some reason I always made sure I was sitting with this particular series. I honestly have no idea where this affinity with the “B” comes from.

So with that thought well lodged in my mind, I posted a “wanted” on the Amibay website, asking if anyone 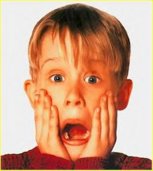 Generous people on the internet, no way!

had an old Beeb gathering dust in a closet, which they’d be willing to give a new home. After several weeks and no resp

onse what so ever. I concluded it had been a good idea, but people where holding tightly on to their micro’s and I really did not have the funds to buy one from Ebay. If you consider a monitor, floppy drive, Model B bought all together or separate, the postage alone is worth crying over.

Then the unexpected happened, I hadn’t been on Amibay for several days and was surprised to find I had an email waiting for me when I logged in at the beginning of this week. A very polite message asking me if I was still looking for a BBC Micro and if I was, I could have one, with monitor, floppy. All for the price of postage and a couple of beers. Yes you did read that right, I’m not pulling your leg. There still exists generous people on the T’interweb!

As one might imagine, I took my time typing out a reply at around 30 letters a seconds! No sooner had I sent my reply. I received a response, saying the Beeb was still available and mine pending funds to cover the postage and consumption of fermented vegetable products. So without further ado, money was sent as soon as I had it to send. Now all I have to do is wait until next week, when hopefully the courier will be gracing me with a new addition to the vintage collection.

How long till me Beeb arrives!?

Finally have the last ingredients for making the retrobrite formula, originally I had intended to test the process out on a defunct A1200, but now my candidate shall be an aging Gameboy. Which sadly has succumbed to the effects of yellowing plastics. Watch this space for news on how I get on.